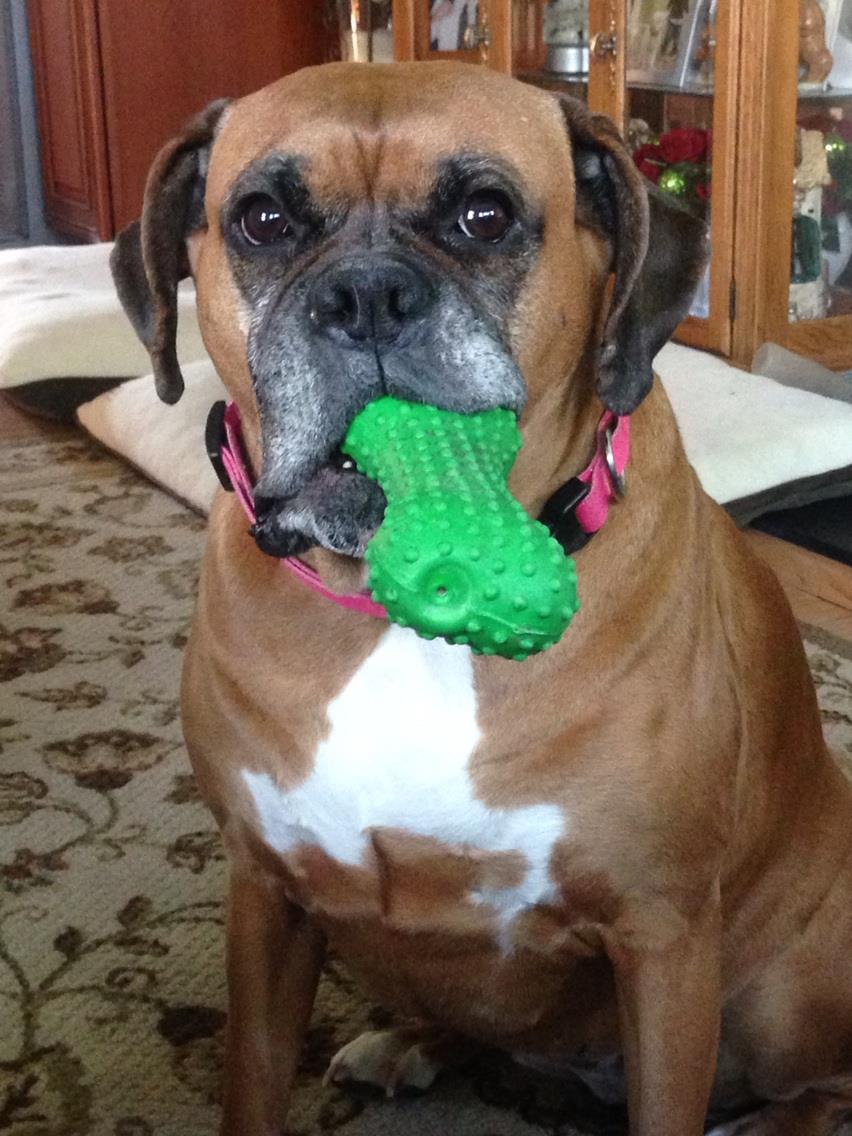 I had signed up to be a foster in hopes of eventually finding a dog of my own. I waited nearly 6 months but then the call came: ‘would you be able to take this dog TOMORROW?’ I’d like to say that it was an easy ‘YES’…but it wasn’t. You see, that day, the day I got the call from NJBR, I had just been told I had breast cancer. But I took the opportunity to help a dog in need as a sign, and readily accept a timid, frightened Peanut into my home. She had been a breeder and never knew what living in a house was like. I had to teach her everything…how to eat out of a bowl, that drawers/cabinets were supposed to open/close and nothing bad would happen, that potty time is outside, that grass is ok to walk on…It took time.

Probably a couple months of teaching her every thing…but this girl, the girl who distracted me from my own troubles, learned and learned well. She became the best boxer I have owned to date. It was as if she realized what a good life she now had and was going to finally enjoy it! Peanut was with me for 7 years, through all of my treatments and eventual remission. On the day the that I was told I was cancer free for 5 years and considered ‘cured’, Peanut heard the news first. She KNEW what it meant, I’m sure of it. It was then that I realized that while I had set out to help Peanut, she had actually been sent to help ME.

This past year, my Peanut developed a rare and fatal skin cancer. But I was there with her the whole time…I wouldn’t have it any other way. Yes, there was one sad day with Peanut, 9/1/2016, but all of the rest of the happy days and the memories I will always have of her make it so worth it! Thank you NJBR, for the opportunity to love Peanut. She was the best!