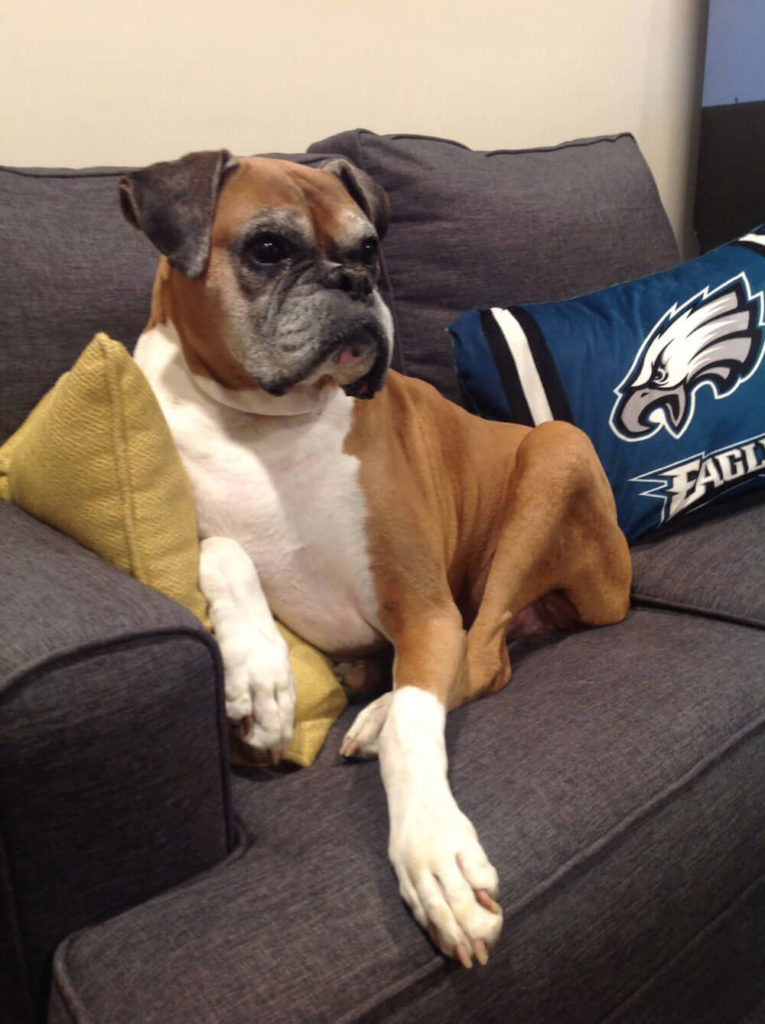 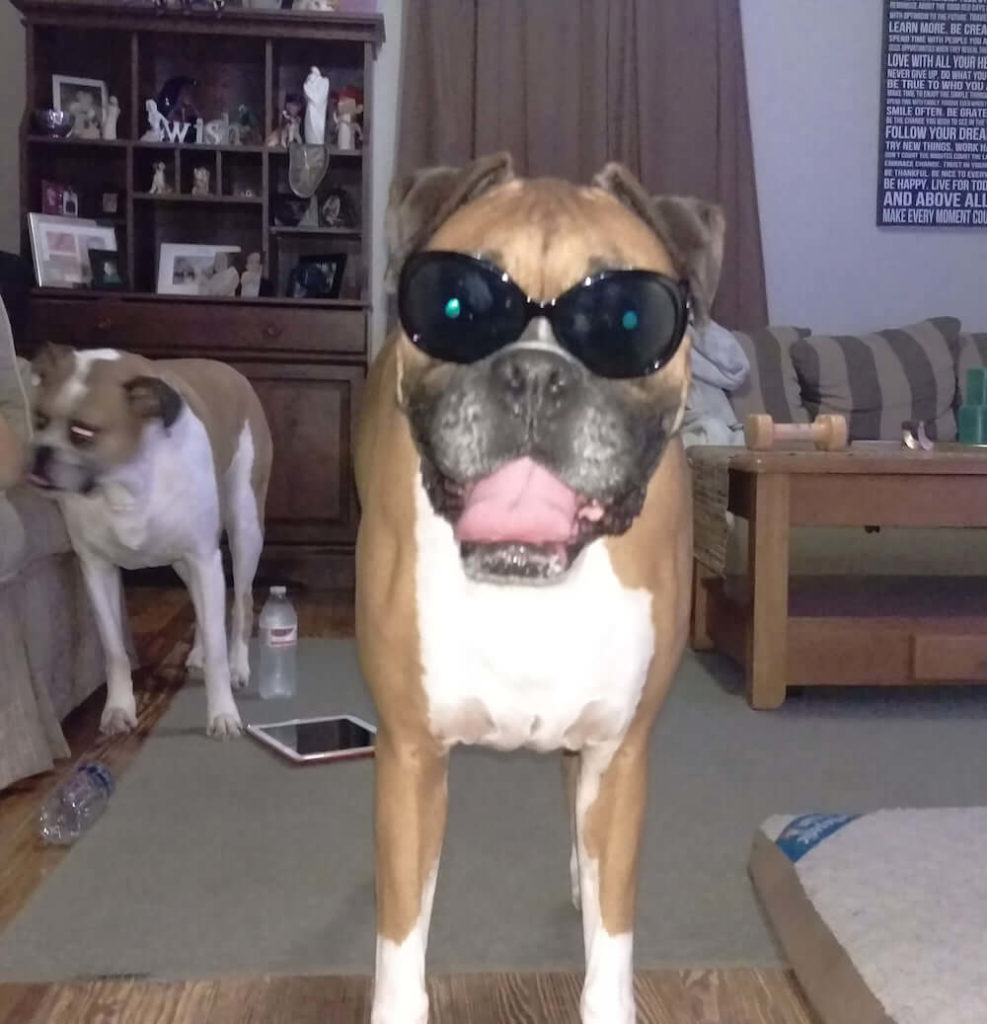 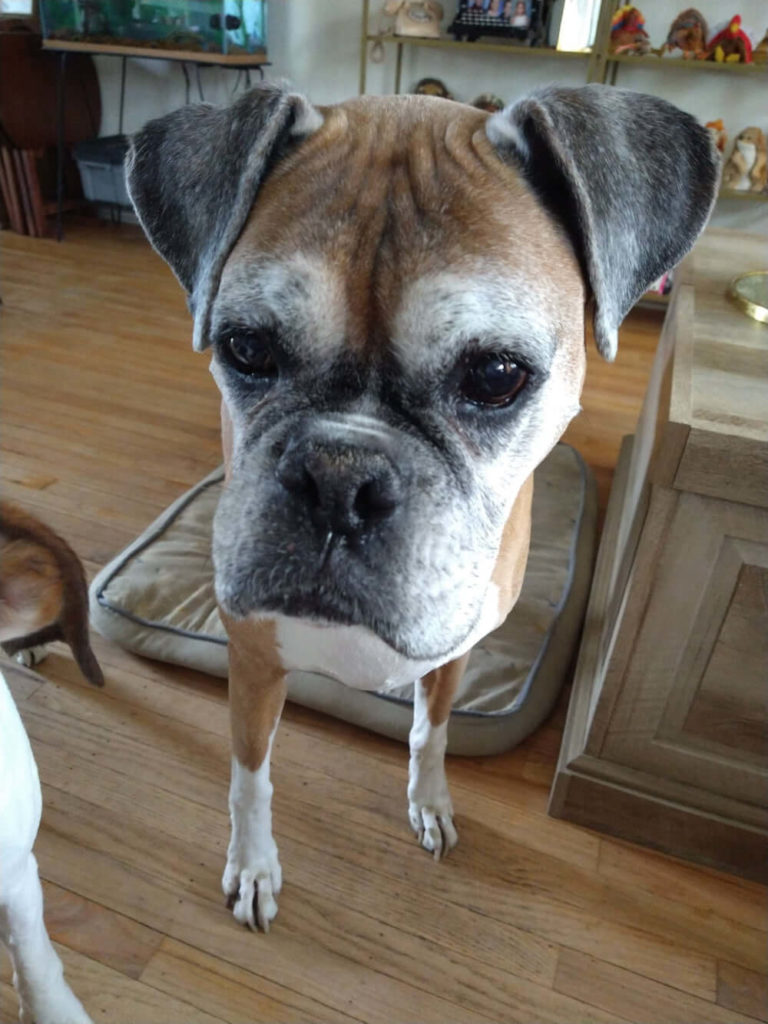 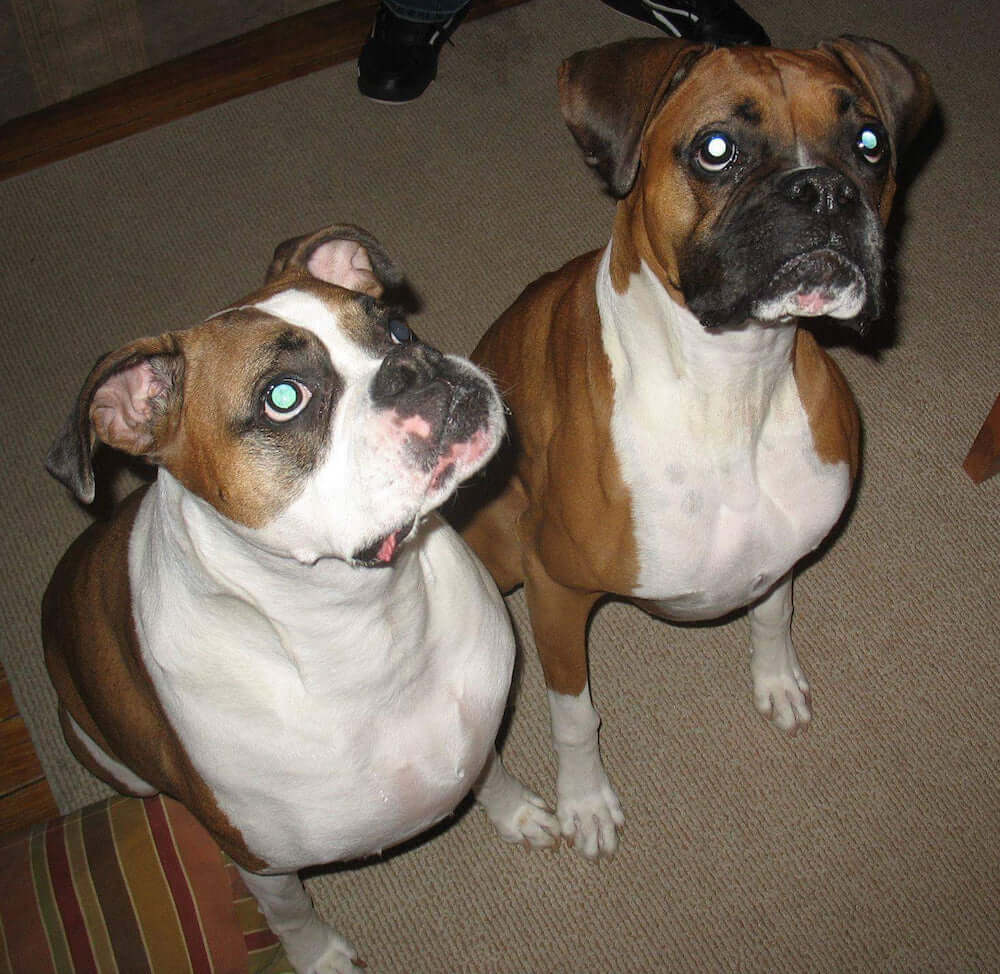 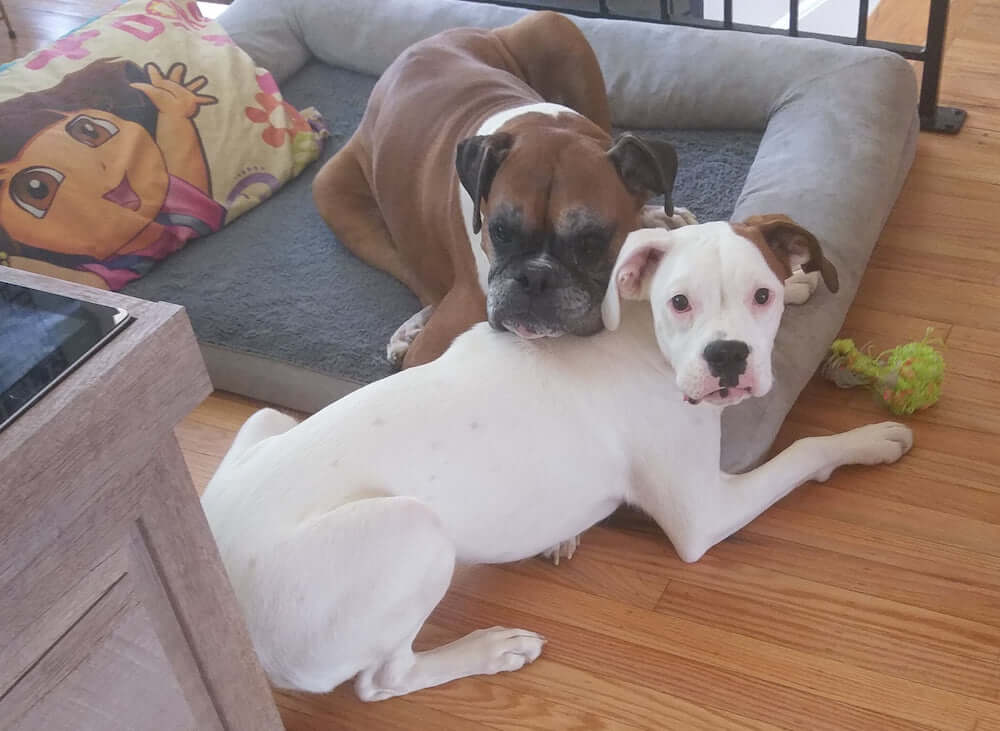 We rescued Dyson in 2014, when he was 3 years old. He quickly blended into our family and got along great with our Boxer girl Chasey who was 7 years old at the time. The two of them were inseparable, they followed each other around everywhere, they were always laying on each other and licking each other. Unfortunately Chasey passed away in November of 2017, which left Dyson lost and in need of a companion. We adopted Linnie (who was 10 weeks old) in September of 2018 and Dyson was immediately in love. He watched over her constantly and taught her everything his older sister Chasey had taught him. Dyson and Linnie became an inseparable pair, just like Dyson and Chasey had been. On March 29. 2002 Dyson passed away at the age of 11. It was so heartbreaking having to say goodbye, to our couch stealing, sloppy kissing, vocal grumble’n guard dog. Dyson you will be missed forever and enjoy being reunited with your sister. Till we meet again.

Michael and Courtney B.